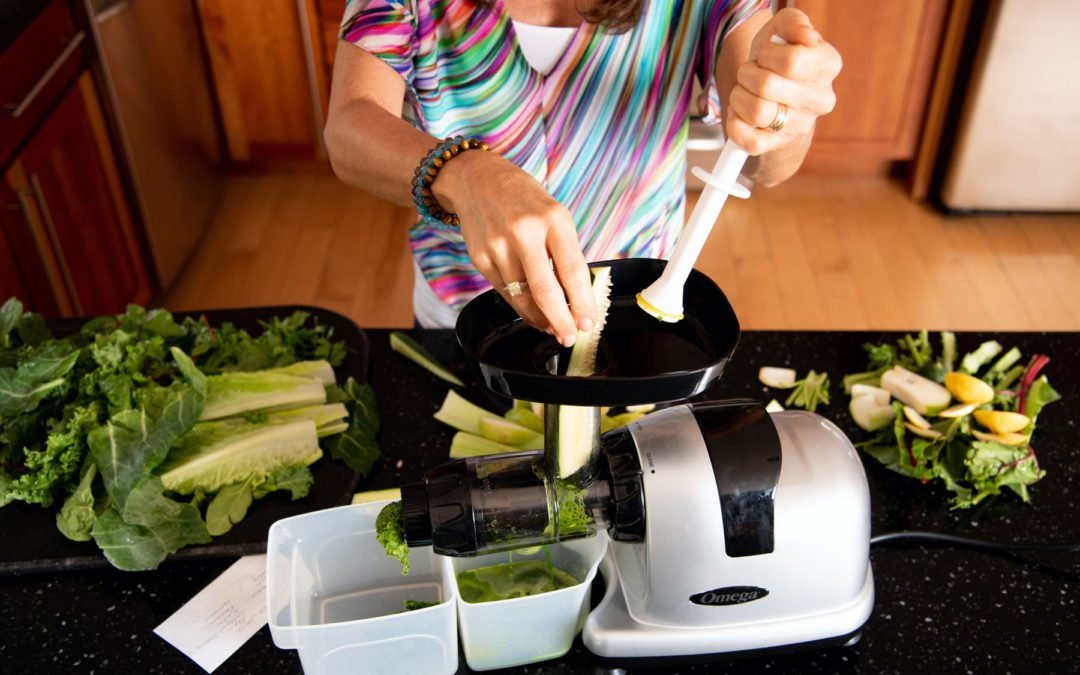 For my first blog, I am delving deeper into juicing.

Friends, when I first started juicing, I followed the recipe exactly, and I felt like it took forever to chop everything.  But, trust me, in time you will be so efficient at juicing that you will be a master chopper, and you will be able to throw all types of combinations into the shoot of your juicer with a delicious result.

Just keep it simple!  To start, I almost always use a cucumber and two to three stocks of celery.  Then, I add a handful or two of greens.  Spinach or romaine is a good starter green because each has a mild taste.  Later, consider going hardcore and try kale, collard greens, Swiss chard, or dandelion greens.  After the greens, add the fruit.

My suggestion is either a green apple or a pear.  When juicing, remember a 3:1 ratio: three vegetables to one fruit.

After adding the greens and a fruit, consider adding an optional, health-beneficial booster or two: parsley, cilantro, mint, lemon, lime, ginger and/or turmeric root.  BE SURE to spend the money for organic or you will be juicing pesticides!

Juicing breaks down plant walls, making the nutrients and phytonutrients (compounds produced by plants) quickly accessible and absorbable which increase their ability to enter your bloodstream.  Juices are easy to digest because the juicer does all the digesting so the body can concentrate on the absorption, instead of the digestion.  Juices are known to cause glucose spikes so people who may have diabetes should consult with their doctor before juicing.

Juicing is used to heal and cleanse.  In the Gersen Therapy, patients drink 13 glasses of fresh, raw juice a day.

The best time to juice is typically in the morning on an empty stomach.  That does not appeal to me, so I save my juice for an afternoon pick-me-up.  I, also, do a daily shot of one apple, a one-inch piece of ginger, and a one-inch piece of turmeric.  I juice it up and shoot it down.

Cucumber: may block cancer cell development and survival.  Acts as an anti-inflammatory

Turmeric: the active ingredient in turmeric is curcumin.  Research shows curcumin helps prevent several forms of cancer because of its anti-inflammatory and antioxidant properties.

That is a question I get a lot.  Here is the breakdown:

I know the initial investment for the juicer may seem like a lot, but there is nothing better than your own juice.  You know who made it, and you know it is fresh.

Head on over to “Recipes” for additional juice ideas.